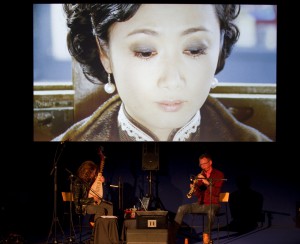 With its urgent experimental narrative and exquisite imagery, Better Life is a film with immediate appeal. Thematically, it has many links to our own artistic practice, but our first contact with the film raised several questions concerning the form for our collaboration with Isaac Julien. Firstly: isn’t this a completed work? Where is the scope for new music to change or complement the perspective for this elegantly formulated totality? And how could the sound effects, the voice-over text and existing music soundtrack be incorporated in our adaptation?

In contrast to the notion of a fixed work, defined by one solitary (usually male) originator – a concept that is linked in western art music to the score’s authoritarian definition of the work’s identity – music, as a socially defined phenomenon, can be a platform where we create shared, common cultural meanings. The various levels at which we create, interpret and share the experience of musical “works” forms the basis for an understanding of what Umberto Eco calls a “work in movement”. Perhaps the most important change that has taken place in this new understanding of the musical work is the shift in focus from the score and the fixed work to the encounter with a diversity of listeners. 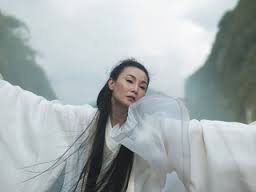 continuation of our own ongoing projects. He immediately declared that he was less interested in finalised works (products) than in the development of a work over time, through new versions. This gave us a common platform that we could use to approach the various audio and visual elements of the film as being in part mutually independent. The music of a scene could be replaced by new sounds, while the original sound effects could be kept or processed; concrete sounds as abstract, musical units.

And then, when we watched the version of Better Life that was made for nine monitors, each with its own narrative and temporal perspective, the last piece of the puzzle fell into place. We had come with a temporally linear and fixed experience of the film, and left the meeting with Isaac with a conceptually and formally dynamic and non-linear understanding of it. The nine parallel images together created a rhythm of a remarkably musical nature. One of the distinguishing features of music is that several independent parts can interact without blurring their individual contours. Similarly, the cutting and visual rhythm of the nine separate films complement one another and contribute to a totality that is musical in its nature.

With our new knowledge about the film and about Isaac’s intentions, we began planning our own contribution as a counterpoint, rather than a complement, to the film’s theme. Our point of departure will be to create a dynamic between silence, sound effects and instrumental timbres, where our improvisations will depart from what is basically an electro-acoustic and compositional form of listening. Our main method is to electronically process the film’s various audio-objects with the aim of creating soundscapes that relate to the film but also develop and attain their own drama.